Register to Vote and Check Your Voter Registration here!
Volunteer for the Weld County Democratic Party
Interested in Running for Office? We Can Help!

Visit GoVoteColorado.com to check your voter registration or register to vote. 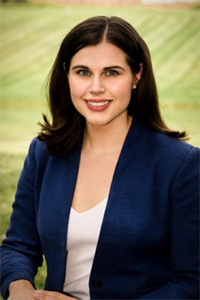 Jena Griswold is Colorado’s 39th Secretary of State and the youngest Secretary of State in the country. She was elected by her peers to Chair the Democratic Association of Secretaries of State in 2021. She grew up working class in rural Colorado and knows how important it is for everyday Americans to have their voices heard in our democracy. In 2019, Griswold spearheaded and passed into law one of the largest democracy reform packages in the nation. This year, she is a leading voice in expanding mail ballots to every eligible American.

Before assuming office, Griswold had practiced international anticorruption law, business law, election law, and ran a small business. She also served as the Director of the Colorado Governor’s DC Office, where she helped bring back hundreds of millions of relief dollars to help the Colorado communities hit by the 2013 flood. In 2018, Jena was elected as the first democratic Secretary of State in Colorado since 1958, the first democratic woman Secretary of State in Colorado’s history, and only the 10th woman in Colorado’s history to hold current statewide constitutional office.

Griswold holds a B.A. in Politics and Spanish Literature from Whitman College and a J.D from University of Pennsylvania Law School. Griswold is fluent in Spanish and a graduate of Estes Park High School in Estes Park, Colorado. In 2006, Griswold was awarded the Watson Fellowship, and in 2009, the Penn Law International Human Rights Fellowship. Griswold lives in Louisville, Colorado.

For more information, to volunteer or donate, please contact her campaign. 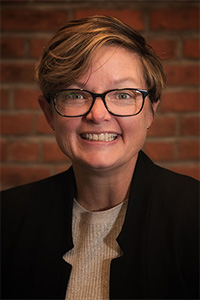 I am a retired US Air Force officer, diplomat, community organizer and single mother of two who has dedicated my career to serving my country and my community. Since returning to my native Colorado, I have been fighting for voting rights, reproductive freedom, environmental protections, social justice, veterans services and more here in Weld County and around the region. I’m looking forward to taking that activism forward as the sole Democratic nominee for the new House District 19 in Southwest Weld and E. Boulder Counties, to include the towns of Erie, Frederick, Firestone, Dacono, East Longmont and their surrounding areas. 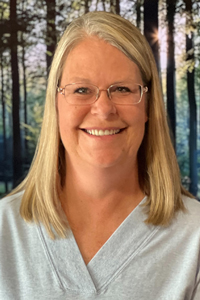 I am a Colorado Native born in Denver and raised in southeast Aurora. My mother as well as her parents were also born and raised in Colorado. I have seen the massive growth in our beautiful state throughout my lifetime. I have lived in northern Colorado since 2006 and currently live in Wellington with my husband of 15 years, 4 of many kids, 2 dogs. We chose Wellington because we wanted to make this home our last and Wellington is a perfect forever community.

I have been actively involved in my community and with the Poudre School District for the last 10 years. I initially chose to get involved in PSD because I was frustrated with the hoops and red tape I had to navigate because my youngest son has an Individualized Education Plan (IEP). Since that time, I have served as an advocate for other parents, Co-Chaired the District Accountability Committee, and currently finished my 8th year on the Budget Advisory Committee. In addition to my school involvement, I am also the Champion of the Safe Routes to School committee in Wellington, a Planning Commissioner for Wellington, and a member of the Water and Sewer Rate Board. I firmly believe the only way to effect changes in your community & schools is to get involved!

I am self-employed as a consultant to small businesses in the construction industry and I own an e-commerce business. I am also pursuing my degree in Architecture and Construction Science. Learning and growing is a never-ending process, and it is one I embrace every day.

If you are a candidate in an upcoming election and would like to be included on this page, please submit your information using the “Submit Events or Articles” link at the bottom of the page. Fill out the Article Submission Form and ask to be added to the Candidates section of the Elections page. Submit the following information.

The Weld County Democratic Party does not make endorsements of candidates in contested primary elections.

Ballot Propositions for upcoming elections will be listed here.

The role of the Precinct Organizer (PO) is our ground game. We need you!

If you are a registered voter, you can serve as a poll worker! Learn more about the qualifications.

Democracy is not a spectator sport. Get involved and sign up to be notified as opportunities arise.

Just fill out our Content Submission form and we will add them to our website and newsletter.