May You Live in Interesting Times

Not since the late sixties have I seen such turmoil, strife and hardship in our country. Shocked though not surprised, I cannot believe that in a 5 – 4 decision our reproductive rights just vanished. All those hard won battles are now battles once again, and I hope that we still have the resolve to again fight the good fight.

Sadly, this is only the beginning of challenges to modern precedents. The radical right agenda won’t stop until contraceptive and same-sex relationships and marriage rulings are reversed. Civil rights are also now on the table. Texas Senator, John Cornyn is calling for a reversal of the 1954 Brown vs. Board of Education and reinstating the 1896 ruling of Plessy vs. Ferguson which established separate but equal statutes for people of color and whites. No way, you say. That is what we thought about our fifty- year-old right to abortion, privacy and body autonomy, as amended to the Constitution. If Republicans aren’t stopped, we can expect these and many more reversals and challenges to civil, relationship, and personal rights. Colorado Representative, Ken Buck, is proposing legislation to challenge title IX statutes, and curtail women’s and trans-person rights. Social Security, Medicare and Medicaid also will also be on the agenda for reversals as there will be no stopping their efforts to turn time back 90-150 years.

Many people do not realize that the Legislative branch and Judicial branch of government often are more powerful than the Executive branch. The mid- term elections will affect the legislature most and are paramount. They could determine the course of this country and Democracy itself for decades to come. To win this fight we must get out the vote for mid-terms this year. If the Republicans take the House and or Senate, we will lose many of our fundamental rights and programs established for decades. They even vow to impeach President Biden (On what grounds who could possibly imagine.)

Right now we need your help. The Weld County Dems would like to raise at least $3,000.00 to pay for some postcards, printing, postage, and for texting services to urge Weld Democrats to vote in numbers like never before. We must win CD8, and hold the state offices we have now. If you can, donate here. Your donation will immediately fund efforts to Win in Weld and Vote Blue in ‘22.

We also hope you can join us as part of our parade presence this Fourth of July and participate in decorating as well as attending our 4th of July Picnic. You will find details in the July newsletter and at our webpage.

Democracy is not a spectator sport. Participate, donate, volunteer, protest, and most important, vote. Vote while you still have the fundamental right to do so, like your life and livelihood depend on it, because it surely will. 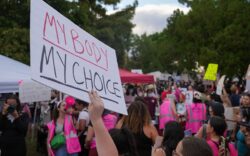 Just fill out our Content Submission form and we will add them to our website and newsletter.