From the Colorado Democratic Party:

On Friday, we released the following statements from our chair, our executive director and the interim chair of the African American Initiative of Colorado Democrats in response to not only the protests seen here in Colorado against the murder of George Floyd, but also in response to Donald Trump’s tweet calling for violence against civilians.

“We grieve for the family and loved ones of George Floyd, and stand in solidarity with those calling for justice here in Colorado and across the country. Make no mistake — George Floyd was murdered. While many across our state may want or wish for things to just ‘settle down’ and ‘get back to normal’ — we have to recognize that for millions of people born and raised in the United States, this justified fear of violence from law enforcement is their normal. Our country must act to ensure this never happens again. We must change the status quo,” said Morgan Carroll, Chair of the Colorado Democratic Party.

“It’s bad enough that the man in the White House shows no understanding of how Black lives are devalued in this country, but what makes the events of last night even more disturbing is his disgusting call for violence against those Black lives and our allies. Our country has grown used to Trump’s wild conspiracy theories and race baiting, but to encourage violence in the streets is a new low. I’m waiting for members of the Colorado Republican Party, including Cory Gardner, Ken Buck, and Scott Tipton to join us in condemning Trump’s call for violence against civilians,” said Halisi Vinson, Executive Director of the Colorado Democratic Party.

“We must take this opportunity to take steps to have this violence against the black community come to a stop. The black struggle has been complex since the documentation began in 1619. Without addressing systemic racism, honoring the lost life of George Floyd and the hundreds who came before him who may or may not have been caught on video will have been for nothing. We must begin listening and acting to eradicate this mistreatment of black people. As Dr. King said — ‘Riot is the language of the unheard.’ So, we have to ask more of our leaders and our elected officials, along with asking more of our friends and family. We must also make sure that President John F. Kennedy’s words of ‘Those who make peaceful revolution impossible will make violent revolution inevitable’ never come to pass,” said Hashim Coates, Interim Chair of the African American Initiative of Colorado Democrats. 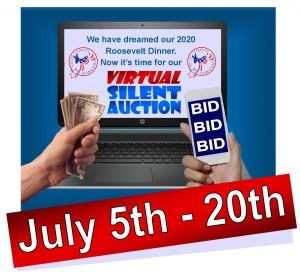