Ike McCorkle is Running for US Congress

My name is Ike McCorkle. I am a combat wounded retired Marine Corps Officer, Special Operator, and proud father of three amazing kids in Douglas County Schools. I am running to represent you in the United States Congress.

I am writing to you today because we share a common belief: we can beat Ken Buck in November. With your support in 2018, CD4 saw a 40,000 vote Democratic swing – and this year, national Republican consulting firms are warning that Colorado will be seeing “not just a blue wave, but a blue tsunami.” Together, with your support in 2020, we can beat Ken Buck.

After 9/11, I volunteered to return to active duty and deployed to Iraq – I don’t regret my decision, but the same disillusionment I felt and feel about that war, I now feel as a civilian waking up every day to a country I recognize less and less.

I am running because I am genuinely terrified about the world we are leaving behind for our kids: A broken healthcare system putting families into bankruptcy every day, a global environmental catastrophe with no plan to stop it, and an economy that has devastated the American Dream For our middle class. This is not what I fought to protect, and it’s why I know Ken Buck can be beat.

Ken Buck’s constituents are clearly unhappy with his ‘service’. Since Buck’s first election in 2014, he has seen a double digit loss of support in Douglas and Boulder counties (50% of the district) and a six point drop in Weld (33% of the district) – and, in fact, he has lost support in every county except Kiowa (~.5% of the district). CD4 is one of only two districts in Colorado home to a “Pivot County,” (counties that voted for Obama in 2008 and 2012, and Trump in 2016). After a 40,000 vote swing in 2018, it’s clear that voters in CD4 are unhappy with both Trump and Buck.

With nearly 50,000 Democratic and left leaning Unaffiliated voters sitting out the 2018 election, turnout will be key to our victory, but most importantly, more than half of the 2018 Unaffiliated voters are coded as persuadable according to their voter file. Winning their support will mean showing up and having hard conversations about how we can move forward together – and I plan to do so, by running an aggressive campaign centered around localized conversations about how we can work at the federal level to solve both everyday problems (like the skyrocketing cost of our healthcare and prescriptions), as well as how federal grant money can be used to develop our local economies. The first of my many 22 County Tours will be completed by the State Assembly.

We can’t do this without you. We need funding to purchase walk cards, hire staff to build a 22 County GOTV program, and buy radio, digital, and TV advertising to get the word out about our campaign. My promise to you is that I’ll show up, again and again, I will hold Ken Buck accountable, and I will outwork every other congressional candidate in Colorado. I will fight for my constituents the way that I fought for my country, and I will leave everything out in the field. Please consider donating $100, $250, or $1000 to my campaign.

Note: The Weld County Democratic Party does not endorse candidates before a primary when multiple democratic candidates are running. 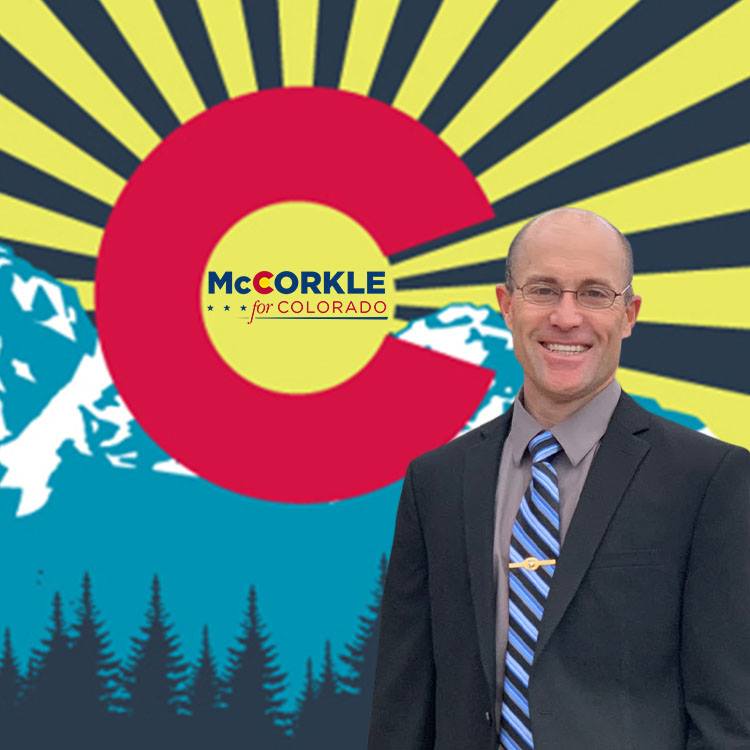