This November, voters will have the opportunity to end Doug Bruce’s of Colorado by voting “Yes” on Proposition CC.

What is Prop CC?
Each year, Colorado is only allowed to spend an amount of money that falls under the TABOR cap, which is a constitutional limit on spending. Prop CC is a ballot measure that, without raising taxes, would allow Colorado to retain the revenue we currently bring in to be invested in:

Specifically, the funds would be split evenly between the three. If you hear about this, you may hear this being called “Debrucing.” 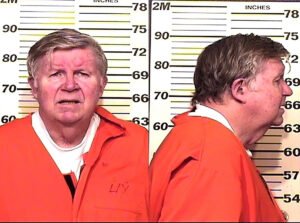 What is “Debrucing”?
Debrucing is named after the man who put TABOR on the ballot in 1992, Doug Bruce, who is a former Republican state representative and acolyte of Grover Norquist, and is a convicted felon.

Basically, TABOR put a one-size-fits-all restriction on what any level of government in Colorado can spend (including your state’s general assembly, or local town council, or school board). There are local towns and school districts who have “debruced”, which means they got permission from voters to retain all or a portion of money that goes over the TABOR cap. 51 out of the 64 counties in Colorado have debruced. It’s time to debruce our state by voting “Yes” on Prop CC.

Why Should I Vote “Yes” for Prop CC?
In short, the TABOR cap is an outdated policy that has held Colorado back from truly reaching our potential. Despite having one of the top economies in the entire country, Colorado’s investment in our children and their education constantly ranks near the bottom. In 2013, we ranked below Mississippi and Alabama in education investment. Thanks to TABOR, two of the poorest states in the country invested more in their kids than we do.

Think about it this way: Nothing costs in 2019 what it cost in 1999, right? TABOR essentially forces Colorado to budget our money as if it is 1999.

On top of that, our roads and infrastructure have simply not kept up with our state’s growing population. Without properly preparing our state for the future by investing in our children, roads, and transit, Colorado is likely to fall behind. The reality is that TABOR is holding Colorado back from investing in our children and infrastructure, particularly in our rural communities.

Why is Prop CC on the Ballot?
This past legislation session, the Colorado General Assembly passed bipartisan legislation to refer this question to the voters.

Have I ever voted on this before?
Nope! This is the first time this question will have ever been on the ballot. Vote “Yes” on Prop CC!

This article was reprinted from the Democratic Dispatch newsletter. Images courtesy of the Denver Post.